In Their Own Words: 2012 Commencement Speeches 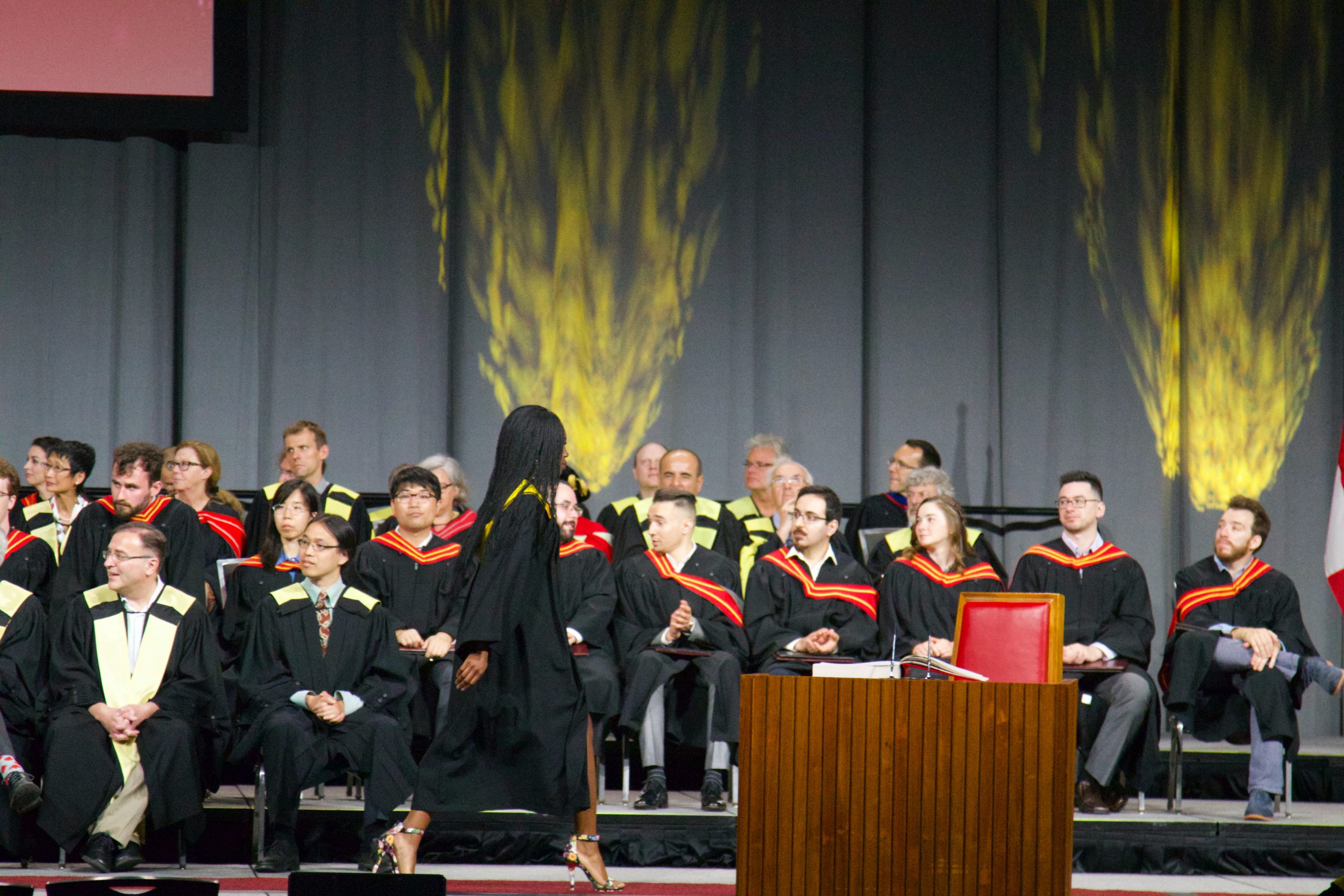 What did the 2012 McCombs commencement speakers say to graduates? Take a look at these word clouds based on their speeches for an at-a-glance summary of their themes. The largest words were used the most frequently.

In a speech titled, “Cheers, Tears, and the Five P’s,” John Adams, BBA ’66, encouraged 791 BBA graduates to build their careers on the values of Plan, Perform, Persistance, Principle, and Positive.

“It takes a lifetime to build your reputation but [it’s] something you can lose very quickly,” Adams said about being a person of principle. In terms of positivity, he shared that when he was CEO of Chase Bank of Texas, he would drive around the block before parking if he wasn’t in a positive mood.

Adams is the retired vice chairman of industrial manufacturing firm Trinity Industries and former chairman and CEO of Chase Bank of Texas. Adams is currently on the board of directors of Dr. Pepper Snapple Group and is a member of the McCombs School Advisory Council and chairs the McCombs Scholars Program.

Television journalist, photographer, and author Rosa Flores, BBA ’01, MPA, ’01, began her speech to the 182 MPA graduates with a top-10 list of why her friends say she is not an accountant. (#7: As an accountant, you wouldn’t be able to say “Rrrrrosa Florrresssss reporting.” #1: You wanted to work nights, weekends, mornings, and holidays for half the pay.)

Flores also shared three quotes from her life that have inspired her:

From an accounting professor: “Go for the sexy accounting assignments.” That encouraged her to pursue her dreams and change careers to journalism, where her goal is to “give a voice to the voiceless.”

From a state budget office: “Honey, it’s too complicated.” Flores heard this while on assignment in Oklahoma City, after requesting a copy of the state budget. She ignored the statement and broke a story about a $5 million discrepancy.

From a high-school teacher: “You’re this close.” Even when she was far from the right answer, that gave her the confidence to keep moving forward.

Flores covers enterprise and breaking news stories for the New Orleans NBC affiliate and is the author of “Progreso,” a history book about her hometown. Prior to her journalism career, she worked for KMPG, where she earned the firm’s National Award for Community Service.

“In a sense, as morbid as it sounds, I planned how I wanted my obituary to read,” said MBA commencement speaker Robert Zlotnik, BBA ’75, MBA ’80, president and CEO of StarTex Power.

Zlotnik shared his four-part “strategic life plan” with the 494 assembled graduates, outlining intentional steps he took to find happiness and success in his family life, career, community service, and health. “You should treat your life as an entrepreneurial venture,” Zlotnik said.

Zlotnik founded StarTex Power in 2004 with his wife, Marcie Zlotnik, BBA ’83. The company’s customer service has been ranked #1 in Customer Satisfaction by J.D. Power and Associates and in 2009 StarTex was named one of the 40 Best Places to Work by Inc. magazine. He is a member of the McCombs School of Business Advisory Council, the Pro-Vision, Inc. board of directors, and the advisory board of Casa Esperanza.

2008 MSTC alumnus Trey Mebane spoke to this year’s graduates about a tool they may not have realized they picked up during their education: the power of story. “The story which has brought us here today is known as ‘The American Dream,’” Mebane said, but he likes to think of it as “Our Shared MSTC story of creating value and wealth … one which can change the world we live in, one of value and one worthy of sharing.”

Mebane spoke about sharing his MSTC experience and lessons learned to help a coworker create a safer hard hat and to connect a Bulgarian businessman with the City of Austin to help him build an innovation ecosystem back home. He encouraged graduates to share their stories, saying, “You will be creating and expanding new connections, new communities, with new purpose and value. You will be motivating others to create a better tomorrow.”

Mebane is the director of business development at National Oilwell Varco (NOV) and is an engineer by training. After completing the MSTC program, he realized that the principles and skills it taught could address the challenges facing NOV, and he helped create a yearlong certificate program at McCombs for fellow employees called NOV Ventures.